Alzheimer's is a thief
it robs people of their past, present and future!

How do you imagine your retirement?
Sitting in a communal lounge all day every day staring at the walls?
Listening to the cries and moans of other residents with the TV on in the background?
Having your meals and refreshments fed to you and your nappy changed?
Frustrated that your attempts to talk come out as incoherent jabber?
NO? Well, please read on:

I wonder how many of us realise that Alzheimer's Disease/ Dementia is a terminal illness that includes more than just memory loss?

I heard a comment about Senile Dementia by Will Self, on Radio 4's Loose Ends recently, that prompted me to make this comment:

It seems that most people believe that Alzheimer's is just a matter of memory loss.
If only it were that simple!
The disease can actually last for over a decade, while the sufferer gradually loses all his/her skills, mental and physical, as the brain slowly dies.  It's more like a series of mini strokes that gradually kill off the brain cells so that the person becomes incapable of remembering, communicating, feeding themselves, walking and toileting.

In my father's case, having PCA (like Terry Pratchett) also means that his brain doesn't interpret for his eyes what he is seeing either. It seems at the moment there's nothing anyone can do to halt it in its tracks. There are drugs like Aricept, but these need to be taken at a crucial time if they are to be efficacious and they don't always work to stop the disease.

Those who suffer are placed in nursing homes and left to spend hour after interminable hour seated around a room with other sufferers with only a TV in the background for company and stimulation.

"Ah well" people say "He's in his own little world, he doesn't know any better"

My own experience says that throughout the illness sufferers have moments of awareness. They may be confused, but they are still there inside and need all the support and stimulation we can give them. Unfortunately: The Shadow of a Man I used to know


More research and funding needs to be done,
so that we can all, Alzheimer's sufferers included, die with dignity (as the cancer research adverts go) or even have a chance to recover. Now wouldn't that be something? 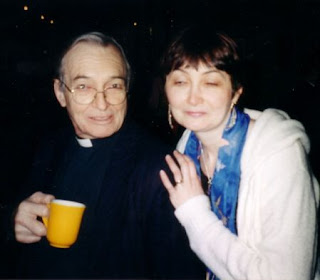 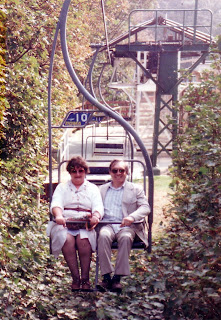 Me with my Dad (an Anglican Clergyman).
Mum & Dad at Alum Bay>
My dad was once a very modest, private, caring, clever, competent, considerate and self sufficient man.
He is Stuart Knox Hicks, the author of
The Double Think Gospel of the 20th Century Church.
Thanks for listening.
Since this was written my mother has been diagnosed with Lewy Body Dementia.
A cure is on the horizon and more effective drugs are being created to help others with the disease. Please help their fundraising appeals as much as you are able. Thank you.


Click on the blank rectangle to listen to the Queen song
that always makes me cry:

If you enjoy UK Railways, then do buy this book,
as the royalties go to Alzheimer's UK 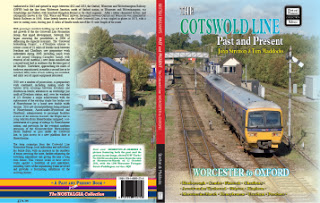