Did anyone see: 'Serial Killers - The Women Who Write Crime Fiction' on BBC TV?

Alan Yentob looked at the world of female crime fiction, interviewing some of its bestselling authors, including Patricia Cornwell, Val McDermid and also Paula Hawkins, whose The Girl on the Train was the breakout hit of 2015.

It's not one of read yet, but plan to, before I see the film. 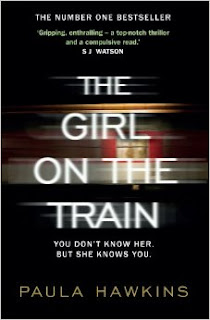 Interestingly, while these writers have great literary influences in the form of Agatha Christie, Patricia Highsmith, Ruth Rendell and PD James; new authors often have a wealth of experience of their own through newsroom crime desks, mortuaries, and forensic science /anthropology..

While some of us might be more sqeamish, these authors use the genre as a tool for greater understanding and control.
Posted by scribbleandedit.blogspot.co.uk at 16:07 5 Comments