Have you read the books? Can't wait to see the film.
They're fabulous! Makes you think twice about walking past a Big Issue Seller.

Posted by scribbleandedit.blogspot.co.uk at 10:00 6 Comments

Gritty realism at its best 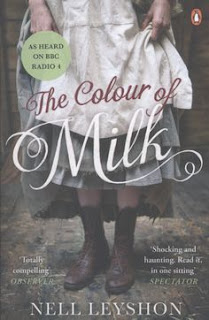 A friend introduced me to  The Colour of Milk,
It is set in 1831 by fifteen-year-old Mary, who had been toiling on her father's farm with her three sisters. She is sent to care for the local vicar's invalid wife. As events unfold, it slowly becomes apparent why it is so important that she keep a record of what has happened. 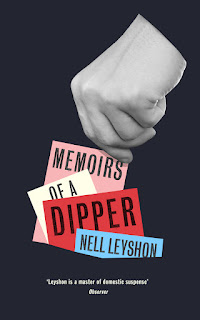 
If you can't cope with harrowing, distressing realism, then these books are not for you. I must confess I have found this second read harder going. I had been feeling quite down lately and came to the conclusion that this novel has been affecting my mood dramatically.


(Poor Ginger and all the young children in real life, who meet the same, all too common grizzly end.)

The stories are brilliantly told and I am a huge fan of Nell Leyshon as she writes so well with such a compelling individual voice, so I think this book will either have to be put aside, until I feel robust enough to finish it, or read during the day only, rather than evenings.

10th Oct 2016. I finished 'Memoirs of a Dipper'. It is an excellent book, well crafted and written. Despite the sad chapter with Ginger, I would highly recommend it.


Posted by scribbleandedit.blogspot.co.uk at 16:52 8 Comments