Write a story for Neil Gaiman

Looks like I missed the boat on this one. Check it out here:

This is how it works. Neil Gaiman has written the opening line and you are invited to finish it. Take it in any direction you like by posting your contribution – however strange or short – in the comment thread. 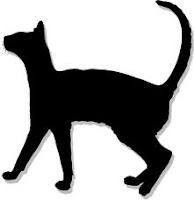 It wasn't just the murder, he decided. Everything else seemed to have conspired to ruin his day as well. Even the cat.

Just as Gerald had nipped out to put the rubbish in the bin, the cat had slipped around the door, clipping it closed with a resounding bang.
If it hadn’t been for the murder, Gerald could have had a leisurely breakfast, savouring each rich mouthful of freshly brewed coffee.
As he stood gazing at the back door in disbelief, he recalled the summons to work, which had hurried his breakfast and prevented him from enjoying his crunchy, hot toast  and blackcurrant jam. Rushing to dress he no longer had time to marvel at the day’s crossword puzzle that his broadsheet had to offer.

If it hadn’t been for the need to take out the rubbish that morning, Gerald would not now be locked outside his house, instead of inside stuffing his laptop, mobile and keys into various pockets and bags, so that he could fly out of the front door and be on his way to the scene of the crime.


It wasn't just the murder, he decided. Everything else seemed to have conspired to ruin his day as well. Even the cat.
Lucifer was especially good at glancing in such a disdainful manner that Gerald could only squirm inwardly like a worm that not a single bird might deign to eat. The murder had been unsettling enough, but then events continued, spawning what could only be described as the ultimate Monday-morning nightmare; the sort 1980's pop stars might sing about.
Lucifer, the neighbour's cat, liked to sit on the boundary wall giving Gerald 'the evil eye'.  Gerald shuddered trying to forget the details of the morning so far. Things could only get better, he determined and today he had had enough of that cat!

"Clearoff!" he growled in the cat's direction, gesticulating his arms in as menacing a manner as possible.

"Is that the best you can do when there's a murder to be solved?" asked the cat, sounding like Lucius Malfroy from the Harry Potter films.

Gerald narrowed his eyes and scoured the wall for signs of his neighbour, Giles, the amateur dramatics aficionado.