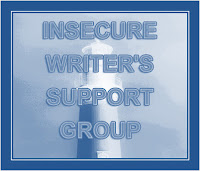 This blog has been quiet too long, so I thought I would spice it up with a short story for you all. As far as IWSG (hosted by Alex J Cavanagh) goes this story did not win a place in the competition for which it was entered. I was gutted. So, I've pulled myself out of the doldrums and have decided to share it with you all here:

The Finger of Suspicion by Madeleine Sara

Although Mitch was of average build for a fourteen year old, he could hardly reach into the back of Gary’s cupboard, standing, tip-toe, on the dressing table stool. His heart was thudding somewhere in his neck as he kept one ear focused on the door. Margery and Gary were supposed to be out, but could be back at any moment. Mitch had already checked the dresser drawers and the bottom of the wardrobe, finding nothing of consequence. He’d been expecting to spy some incriminating pay slips; something that would prove that his mum’s boyfriend, was actually a thieving Social Security fraudster. Gary claimed to have a bad back, yet he could heft large, concrete slabs from the car, through the house and into the garden for a new patio. He had to be up to something. If only Mitch’s dad had stayed to sort this bastard out!
Mitch’s fingers brushed against something cold and smooth at the far corner of the cupboard and he clasped his hand around it, drawing it towards him. An Illy Espresso coffee tin, Gary’s favourite blend, tumbled forward, hitting the floor with a ping. The lid flew off, scattering the contents onto his mum’s beige, fleck carpet. Stepping down from the stool as quietly as he could, Mitch’s whole body trembled. His hand gripped his nose and mouth as he identified the hideous contents. It wasn’t so much the distinctive piece of jewellery that had made his lips and cheeks feel completely drained of blood, but the severed finger attached to it.
“Oh Dad!” he sobbed taking his eyes off his father’s Masonic ring, retching enough to make his eyes water, though thankfully, his stomach was empty. His breathing had become ragged as he listened intently for sounds that anyone had returned. He’d always thought his father had left because of Gary. He’d never forgiven his father for going without saying goodbye or for leaving, without taking him too. Panic streaked through his brain like lightning. Then, a calming voice, his father’s, spoke inside his head “Take photos, son.”
Mitch wiped his hand across his jeans and drew his Smartphone from his back pocket, determined to hold the camera steady as he took snaps of the finger, the tin and the cupboard. Then he fumbled to get the dismembered piece of his dad back into the tin without touching it. His own finger prints would be all over the canister by now, but wiping them off might remove others as well. All the while, he wondered did his mum know?  What should he do now? Should he take the tin to the police and hand it in, or put it back where he found it and post an anonymous tip off, using the photos? A sound from downstairs broke his reverie and he heard his mother’s call. “Mitch are you there, love?”
Still shaking he slipped out of the bedroom and crept along the corridor to his own room, hiding the evidence in his rucksack. Slumping against the bed, he inserted his ear phones and opened his reading book. When his mum appeared at the doorway he pulled one earpiece out to hear her speak.
“Want some fish and chips, Love?”
He nodded, glancing back at his Grisham novel, then looked up again. “Mum, I miss dad.”
“I know love, we all do”
“Do you? You never have his photo in your room or downstairs!” Mitch said, feeling a scowl wrinkle his brow.
“That’s because it makes Gary uncomfortable” his mother’s eyes looked sadly upon him.
“Then dump him!” Mitch replied with rising pitch.
“It’s complicated”
“What if he killed dad? Would you turn him in?” Mitch’s heart was thudding like a drum beat, but his anger kept his tone level.
“Don’t be silly, dear. You read too many of them novels”
“What if I could prove it?”
“Your father left us. End of. No note, no goodbyes…” her voice trailed off as Gary’s face loomed over her shoulder.
Mitch swallowed, wondering how much Gary had heard.
“You upsetting your mother, you ungrateful scum bag!” he growled, blood shot eyes pinning Mitch’s gaze to his own.
“Now Gary, everything’s fine” Margery cooed.
“Just watch yourself, son.” The stench of cigarettes spritzed the room with Gary’s every breath.
“Don’t call me that, you are not my father!” Mitch yelled.
“D’ you hear that, Margery? He’s back chatting me. There’ll be no fish and chips for you, tonight, son!”
“He’s just a boy!” Margery glanced helplessly at Mitch, then turned her sad, desperate eyes, like Sykes’ bulldog, on Gary.
“Margery, we discussed this, he’s a boy who needs a firm hand. A father figure.”
Mitch gritted his teeth. How dare he! “Bide your time, son,” his father’s voice cautioned. Clenching and unclenching his fists, Mitch managed to resist the urge to fling himself, punching and kicking, at the evil monster who had killed his dad. Gary stormed downstairs, while Margery mouthed ‘later’ at Mitch before closing his bedroom door.
Mitch bided his time, until he knew the coast was clear and then slipped downstairs into the kitchen to find an empty canister of Illy Espresso from the bin. Scaling the staircase in stealthy strides, with his insides feeling like Happy Hour at Adrenalin Central, he replaced the stolen evidence with the decoy at the back of the cupboard. Then, grabbing his rucksack, he scrambled through the window and headed for the police station.
***
Mitch sat next to his mum in Interview Room Three , while Gary lurked in the corner.
“What’s the lying, little scum bag been up to?“ Gary snarled.
“Mr. Warren, it appears that Mitchell Harding claims to have evidence of his father’s murder.” The detective replied.
“Oh!” Margery wailed, hand on mouth.
The detective nodded at Mitch, who opened the canister, allowing the severed finger to fall out onto the table in front of them. It spun like a Truth or Dare dial until it halted; its tip pointing directly at Gary Warren. 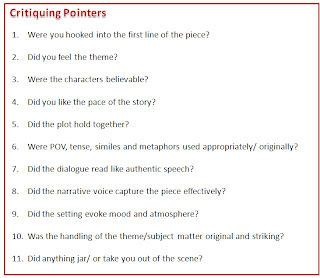 Have you ever tried this genre? Do you read it for leisure?

On the bright side, I do have a story published in Writers for Animals It is a true account and therefore written in a slightly different style to my other stories.
Proceeds of the book sales will be going to 3 animal charities chosen by the editor, Jenny Elliott-Bennett:
ARAN – Animal Rights Action Network.
Forget-Me-Not Animal Rescue    and  Hillfields Animal Sanctuary