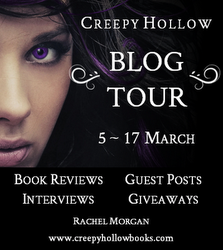 Rachel Morgan was born in South Africa and spent a large portion of her childhood living in a fantasy land of her own making. These days, in between teaching mathematics to high school children, she writes fiction for young adults.


Protecting humans from dangerous magical creatures is all in a day’s work for a faerie training to be a guardian. Seventeen-year-old Violet Fairdale knows this better than anyone. She’s about to become the best guardian the Guild has seen in years. That is, until one of her assignments, a human boy who shouldn’t even be able to see her, follows her into the fae realm. Now she’s broken Guild Law, a crime that could lead to her expulsion. The last thing Vi wants to do is spend any more time with the boy who got her into this mess, but the Guild requires that she return Nate to his home and make him forget everything he’s discovered of the fae realm. Easy, right? But Nate and Vi are about to land themselves in even bigger trouble and it’ll take all Vi’s training to get them out alive.

I was lucky enough to be given a preview copy of the first installment GUARDIAN to present my review below: 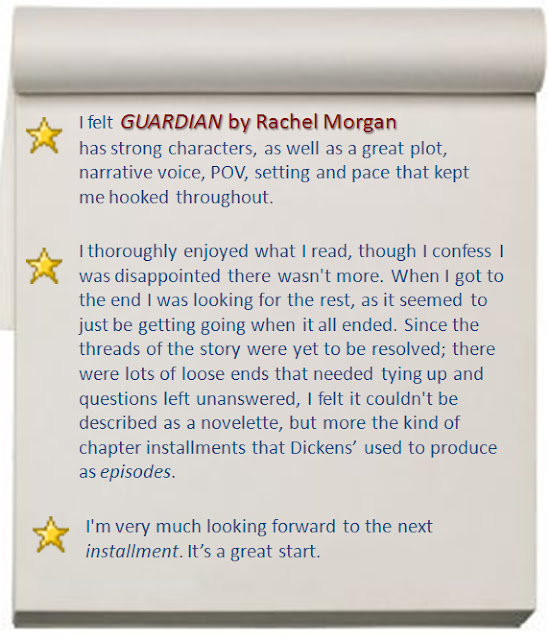 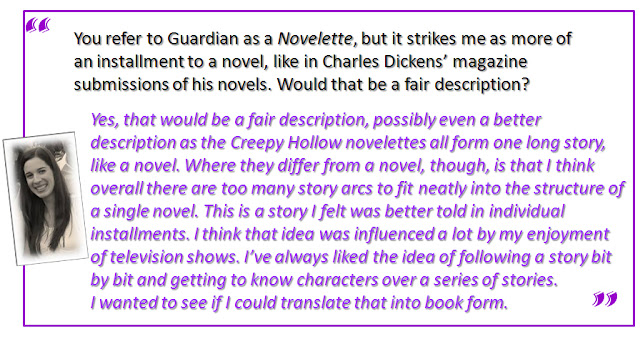 So have you read it yet?
Does this review make you want to read it?


Rachel Morgan will be giving an Author Interview
HERE on 13th March.
NB: Rather than one long post, there will be 4-5 separate, shorter posts
appearing at 2 minute intervals on the day with the last one for commenting.
How does that sound?