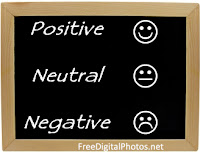 Feedback is very valuable to developing one's writing AND
critiquing someone's work or receiving critiques about one's own writing can be an absolute minefield!

One of the hardest lessons I've had to learn is not to throw my toys out of the pram when others don't get my writing. I admit it. Taking a step back and considering others' comments is hard, but I realised it was an important step for me to mature as a writer.

Criticism has the potential to be both inspiring and fatal  ... I’d suggest some rules of thumb. Spend a few days mulling on any criticism before drawing conclusions. If a criticism strikes a chord with you, act on it. If it doesn’t, but if several critics have touched on the same thing, consider very carefully whether to act on it. If a criticism really doesn’t strike a chord, and particularly if no one else has picked up on it, probably ignore it. Lastly, you may find critics evenly divided on an issue, as many pro as con. These are the trickiest to navigate: go with what your instincts tell you.

The Feedback Sandwich approach, suggests sandwiching positive comments before and after polite, constructive advice, which is a good rule of thumb, but not something we all always get right. I know I don't.

How do you approach feedback?


Check out My Fiction Addicion for some great critique group listings


I hate it when others don't get my writing or when they make comments that clearly show they haven't read it properly. How do you cope?
Posted by scribbleandedit.blogspot.co.uk at 10:14