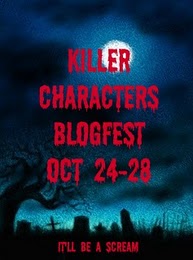 Hosted by Get Busy Writing. The theme is, you guessed it, Killer Characters! Is there a hero who's haunted your dreams? How about a lower-than-dirt bad guy who's made your skin crawl? Or a spunky sidekick who's stolen your heart? Tell us about them!

All my chosen characters are richly colourful and well crafted. they come alive off the page. 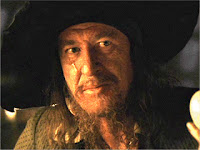 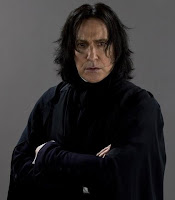 SUPPORTING CHARACTERS
Serverus Snape from Harry Potter who everyone loves to hate and as a little cheat Captain Barbossa from Pirates of the Carribean after all the character was crafted by screenwriters Ted Elliott and Terry Rossio.

Mr. Croup who is the talkative half of the pair of assassins. He is an educated thug, short, fat, and speaks in a pompous and verbose manner and seems be the one calling the shots. He has a taste (literally) for fine china. Mr. Vandemar is rather dull-witted, tall, and gangly. Vandemar is Croup’s polar opposite. He does not speak much, but when he does, his statements are often laconic and blunt. He is quite brutish and seems to enjoy nothing more than killing and destroying things (even practising his golf swing with live toads).

I probably found this hardest of all to choose one,
should it be Becky Sharpe from Vanity Fair because she is ever resourceful in an unfair world?

or Todd and Viola from Chaos Walking Trilogy who battle on through adversity?

Or Vianne Rocher from Chocolat by Joanne Harris because she is kind and proactive in helping others and ends up learning how to let others help her?
Posted by scribbleandedit.blogspot.co.uk at 07:00