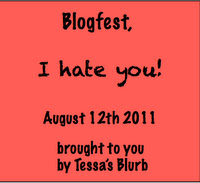 Every week a group of us, brought together by the awesome talents of Denise at L'Aussie Writing and Francine at Romancing The Blog provide a story, poem or an excerpt up to 400 words on a chosen theme.

This week's theme for Romantic Friday Writers: Love Hurts
which fits in with Tessa's Blurb Blogfest

Sadie stood looking at Ben across the office space.  The unanswered text messages had been her first clue.  Before then Ben had only been interested in what she enjoyed; the long walks, the costume dramas. It was always her voice he'd focused on and her face he found in the crowd.


She had blossomed from a shy, closed bud into a full, confident, blooming flower, but while she allowed others to admire her nectar, she would only allow Ben, alone, to drink it. Their love making had made her so hungry, trembling with desire like an addict desperate for her next fix. She felt special, cherished, adored. Her heart had swelled with love for him.


“Oh sorry, I was driving. I couldn’t answer.” Ben had smiled before returning to something more important on his computer screen.
Sadie knew he couldn’t have been driving all day. Lately he'd started making a lot of excuses. There was a time when he would pull into a parking bay and text her immediately. He'd certainly had time to reply when he got to his destination.


Elaine’s laugh ripped through her thoughts as if her very heart had been torn out. Now Ben's glorious waterfall-blue eyes were focused on Elaine’s in the same way they had once been on her own. His beaming smile now shone down on Elaine's face, illuminating her from within like its own sun; no doubt making her feel like the centre of the universe, as he had once done for her.


She watched him return to his desk.

“I’ve got to go to the computing department for a meeting. No coffee today, sorry” he grimaced, as he grabbed his coat and slunk off, following Elaine.

Moments later Angela Bennett, Head of Department, passed by her desk. “Sadie, can you tell Ben I’ll see him in my office this afternoon? I’m just off to computing for a meeting”.
Sadie nodded dumbly. Ben's clothes had begun to smell strongly of cigarettes. His interests had changed. Elaine, who watched horror films and liked to go speed-car racing (Ben's latest passions) was a smoker.


When Ben returned to the office later that morning, Sadie looked up from her work, smiling thinly. “I didn’t know Angela Bennett was a smoker” she said, hatred dripping from her lips. “Isn’t that what 'going to computing for a meeting' is code-word for these days?”


His blush flooded from his cheeks into his neck in reply.   (407 words)


Post Script: I'm delighted to say that I've been awarded the Romantic Friday Writers
Featured Writer badge this week! YAY! Thank you.
Posted by scribbleandedit.blogspot.co.uk at 11:02