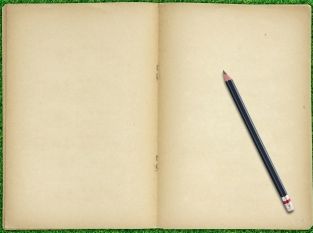 We’ve all heard of Writer’s Block, but what about getting stuck in one style of writing that isn’t suitable for other genres?

One of the first styles of writing I tried in the 1990’s was Romance, where the adjectives and adverbs skate and tumble across the page for a quick, pithy read.

So it was rather a shock, when I attempted realistic fiction/chick-lit, which has a very different perspective. (Apparently some University Creative Writing Courses discourage the use of adjectives and adverbs, encouraging the students to use metaphors and similes to strengthen sentences instead).

I began to realise that my prose was littered with such literary no-no’s. The adjectives packed my stories like commuters on a train screaming ‘Amateur!’ at me. Naturally I felt like something of a dinosaur, having let my writing skills get stuck in a rut.

The course book for the A215 Creative Writing Course made me realise that it’s the difference between telling and showing:

TELLING: Her colleague had a nasty cold.
SHOWING: From across the desk she watched Jason blow his nose for the fourth time in as many minutes. He gazed down at the glistening snot in his opened handkerchief. “I’mb going ‘omb” he said, wincing with each word as though his head was about to split open.

True, the second way is a lot more wordy, but it would seem to show a greater richness than the first, allowing the reader to feel the experience.
And what of my Romance novel, you ask? It was kept for 6 months by the leading UK romantic fiction publisher. They told me that while I 'wrote competently' they were returning it because it wasn’t quite right. By then I decided that perhaps I didn’t want to write romance, even though I’d actually started writing a second romance novel. Was it cold feet? A lack of conviction? I'm not sure, anyway life took over and my writing took rather a back seat, until now. I still have the MS in my files and one day, you never know, I may revisit and revamp them.

Have you, maybe, had a similar revelation about your own writing methods?
Posted by scribbleandedit.blogspot.co.uk at 15:56